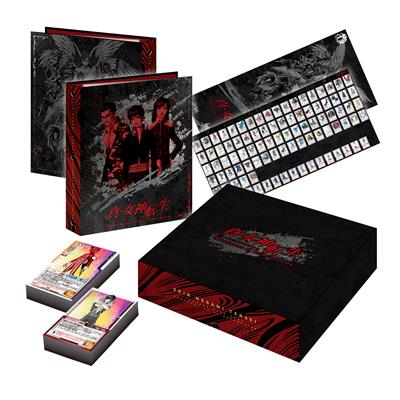 *Card back design differs from original version.
*The cards included in this product and cards sold in the past do not have the same design or specifications.
*All cards in original Japanese language. An English language version of this product is not planned.

The pre-order period for this item may end suddenly (despite any previously announced pre-order end date) if the maximum order limit is reached. In this case, pre-order cancelations will no longer be available for this item from that time onward as well.

In addition, 9 cards previously released without foiling have been specially reprinted in newly designed holographic versions, for a total of 103 redesigned cards.

Finally, this product comes in a special storage box with an originally designed card poster and 9-pocket binder with 14 sleeve pages for convenient storage.
PRODUCT OVERVIEW