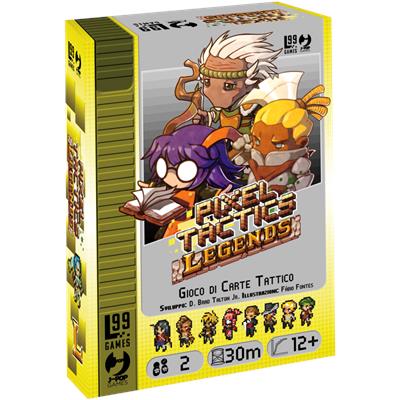 Classic Heroes Return to fight again! Step back into the Golden Age of Strategy Card Games with Pixel Tactics. Recruit your heroes, build your unit, and take your forces to battle against your opponent in a light-yet-deep tactical duel! The cards in this box were previously published as 3 separate minipaks: Seven Sisters, Price of Victory, and Argent University! Get updated versions of these cards together in one box!